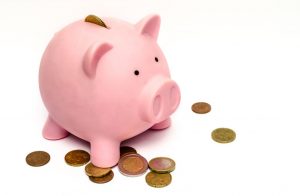 Finance your Independent Film – how to raise the readies

The idea that’s been incubating for a while is there; you have an idea of the cast and some possible locations; you’ve even started story boarding your independent film. Now all you need are the darn readies.

The good news is that most indie films are made for $20million or less. Mere peanuts then. Well – by Hollywood standards anyway. But there are opportunities in the market for low budget independent films. Currently there are two types of profitable films. There are those with astronomical $100million + budgets, and then there are those that are made for less than $1million. The mid-budget independent film has disappeared from the market as they are simply too expensive to profit from limited release.

With the introduction of digital technology, the opportunity to make low-budget independent films is greater than ever before. However, in an increasingly crowded marketplace, it can be difficult to get noticed, and harder still to attract investment.

So, with money scarce and the market flooded, how are you ever going to fund your project? Here are four ways you can finance your independent film…

If the aim of your film is to educate, raise awareness or help others in some way, then seeking non-commercial donations could be the way to go. Commonly, the reason an individual or not-for-profit organisation will donate money to your film is that the subject matter resonates with them in some way. Your film can be an excellent method of getting their message across to a wider audience.

Typically, donations are made by individuals rather than organisations. 80 percent of donations to independent films are made by those on salaries of less than £35,000, so don’t rule anyone out. Consider approaching potential donors in your social circle or fans of films you have made in the past. Crowdfunding, which we’ll discuss later, can be an excellent method of accessing potential donors.

It’s common knowledge that the arts are underfunded, but there are still a number of foundations out there who might be willing to offer you a grant. Typically, they give grants to projects with scientific, educational, cultural, religious or charitable purposes, so research each foundation thoroughly to see what type of projects they back.

Competition for grants is fierce and writing your proposal can be grueling, but the money some foundations offer is well worth the hard work.

It’s worth noting that the vast majority of grants awarded involve some form of personal contact, so get in touch with the foundation and talk to the decision makers before you submit your proposal.

If the primary aim of your film is to make a profit, there are commercial investors willing to invest in films. Presenting a business proposition is a lot different to applying for a grant. You need to show the individual or organisation how your film presents a sound investment. That is, good returns and relatively low risk. As a general rule: if you’re not willing to invest your own money in the project, don’t expect others to invest theirs.

If you’re not convinced your film is a worthy investment, you’re probably better off searching for funding elsewhere.

Crowdfunding is the relatively new kid on the block which incorporates many of the elements of the other funding models. Crowdfunding can be an effective method of raising funds for commercial and non-commercial projects. You will be competing with other filmmakers and other unrelated projects for support, so it’s important you show people just how valuable your project can be, and how it relates to them.

Generating support through social networks and word of mouth is an important part of crowdfunding. Creating plenty of buzz can help your project attract the funding it needs.

← Alfred Hitchcock - Five Tips from the Master The Art of Film Editing: What Gets the Chop? →